The Spider-Man: No Way Home trailer has been leaked, and it seemingly confirms the rumored plot leaks posted to reddit and 4chan earlier this summer.

The real question for Spider-Man fans is when is the official trailer dropping?

Tom Holland may have just confirmed the trailer is coming sooner rather than later via his Instagram account with the simple message “You ain’t ready!”

Spider-Man fans were pretty upset to learn that the No Way Home first look trailer was possibly going to be a CinemaCon exclusive. But given that a cut of the trailer has been leaked, this may force Marvel’s hand to release it sooner than intended.

SPIDER-MAN: NO WAY HOME SPOILERS BELOW!

So let’s talk about that trailer, and how it seemingly confirms the plot leaks from earlier this summer.

What are apparently stills have been posted to Twitter, and it does seem to confirm the return of Doctor Octopus (Alfred Molina), Green Goblin (Willem Dafoe) and Electro (Jamie Foxx) from previous Sony Spider-Man films. 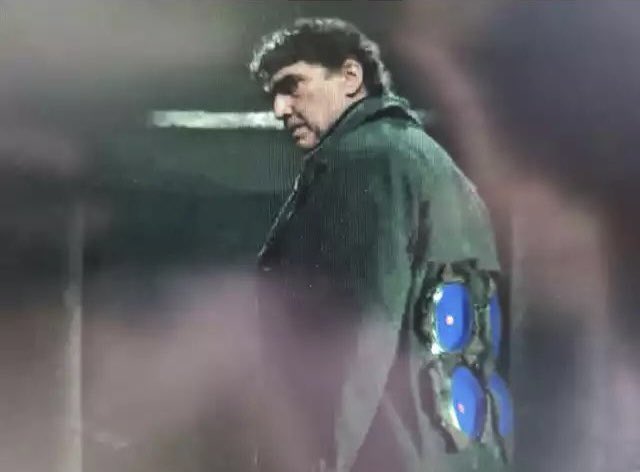 Is this Electro’s look in Spider-Man: No Way Home? If so, he’s yellow instead of blue like in Amazing Spider-Man 2, just as was rumored.

Eagle-eyed viewers of the low res trailer caught what appears to be Green Goblin’s pumpkin bombs.

The rumored plot of Spider-Man: No Way Home centers on Tom Holland’s version of eter Park wanting to undo his “outing” as Spider-Man at the end of Far From Home. He seeks out the help of Doctor Strange to do this via magic, but things go sideways and Parker has to confront Multiverse versions of Spider-Man villains from the previous two Sony film timelines. Thankfully, he gets some backup from other Spider-Men Tobey Maguire and Andrew Garfield.

Here is what was leaked on 4chan earlier this summer…

Now, I just gotta wonder if we’ll get a scene like this…

Stay tuned for more Spider-Man: No Way Home trailer news as we hear it.

Disney Is Selling a Felt ‘Beauty and the Beast’ Belle Doll...

Got my Figment popcorn bucket. He now sits with hi

It seems the Figment Popcorn Bucket drama has take

Figment is enjoying the Frozen Martini in France.

We were successful. Sadly, they’d run out of pop

So many empty boxes. So many Figments.

Movie Review: The Eternals: An Eternity Of Exposition

Ant-Man And The Wasp Quantumania Wraps On Filming