Next month Mickey’s Not-So-Scary-Halloween-Party (MNSSHP) will be hitting the Magic Kingdom in Walt Disney World. During this event is my favorite parade the Boo-To-You-Parade! Disney has just announced some fantastic new additions and enhancements coming to the parade that happens twice-nightly during the MNSSHP event!

Here’s the description from the Disney Parks Blog:

The parade opens with a flurry of favorite Disney friends, including Mickey Mouse and Minnie Mouse in all-new Halloween costumes, as they trick-or-treat down Main Street, U.S.A. Representing Liberty Square, the Haunted Mansion unit features Hitchhiking Ghosts and a new addition, the spectral Bride, who glides among the waltzing spirits.

A new Tomorrowland unit brings The Incredibles and designer extraordinaire Edna Mode to “Mickey’s Boo to You Halloween Parade,” followed by Buzz Lightyear and Alien explorers discovering crystalline treasures on the surface of a planetary playset float.

Of course, no Halloween parade would be complete without candy. Wreck-It Ralph, Vanellope von Schweetz and the girls from Sugar Rush make sure there’s plenty of sweet stuff to go around! Pirates sail in from Adventureland, Clarabelle Cow hosts a square dance during a Frontierland hoedown, and a wicked assortment of Disney Villains reigns over a Fantasyland-inspired grand finale.

I’m really excited about the Haunted Mansion Spectral Bride addition to the parade! The Haunted Mansion plays a large part in the cavalcade and I’m a huge fan! I don’t see the Grave Diggers mentioned so I hope they are staying. People love them.

The new Tomorrowland section sounds like it could be fun (not as much fun as the Haunted Mansion segment, but I’m biased.)

Mickey’s Not-So-Scary-Halloween Party will run from August 16th – November 1st, 2019. Tickets are still available and price varies by date. The closer to Halloween you get the more expensive the tickets become.

I will say that if you can go to one special event do this one! It’s a lot of fun for kids and adults. Guests can dress up and there is trick-or-treating for everyone as well. I can’t say enough good things about this one! Plus, make sure you go to the Haunted Mansion because they do something special out on the lawn!

If you would like to purchase tickets you can do so by visiting the Walt Disney World site HERE.  You can buy them the day of at the parks but you will pay more for the tickets. 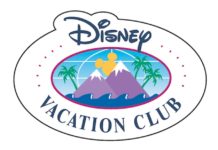 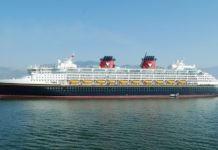 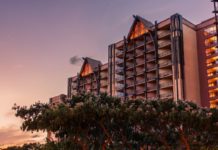