UPDATE 3/2/2020 9:35 AM EST:
Coronovirus HAS been reported in Florida since the article was published. A ‘public health emergency’ has been declared. Read more here.

Not even Disney Magic is immune to a global health threat.

With Coronavirus rumored to officially be classified as a “Global Pandemic” in as little as 30 days, and all of the Asian Disney Parks already being closed down, many U.S. Disney Parks fans are wondering what impact COVID-19 could have on Walt Disney World, Disneyland and Disney Cruise Line attendance.

While I wish I could tell you that it will be business as usual here in the States, I can’t do that in good faith.

Coronavirus will absolutely impact Disney Parks and Disney Cruise Line attendance throughout 2020, as more cases (San Francisco) and deaths (Seattle) are reported in the United States.

While the media may be sensationalizing the severity of the Coronavirus here in the States for clicks, the truth is the general public is becoming increasingly gun shy of traveling to destinations where there are large crowds of people from all over the world.

There have been no reported cases of Coronavirus near Orlando, but Walt Disney World did tell Cast Members who visited Italy to stay home.

UPDATE 3/2/2020 9:35 AM EST:
Coronovirus HAS been reported in Florida since the article was published. A ‘public health emergency’ has been declared. Read more here.

Despite being a popular travel destination for people from all over the world, there have been no reported cases near Orlando. However, Disney recently told some of its employees who visited Italy to stay home just to be sure.

Officials at Orlando International Airport have met with leaders from the Centers for Disease Control and Prevention about how the airport will respond to an international health scare, in preparation for a possible coronavirus outbreak.

OIA is increasing the airport cleaning schedule and bringing in extra protective equipment for first responders. The airport is also planning on how to deal with potential patients that could be on airplanes.

There are currently 11 airports around the country where flights from China are being routed and passengers are being screened.  None of those airports are in Florida.

According to Florida Governor Ron DeSantis, Florida is doing everything it can do to stay safe.

“As of right now, given that we have no infections, the CDC considers us to be low risk. But that doesn’t mean you don’t wait to plan for any potential transmissions,” DeSantis said.

In Anaheim, 600 workers recently visited China and were told to stay home.

The risk of potential Coronavirus infection might be higher in Disneyland than Disney World, however. Hundreds of workers who had recently visited mainland China were asked to stay home, according to the OC Register.

Now, it’s unclear if any worked at Disneyland, but an outbreak of Coronavirus is much more likely on the West Coast than the East Coast at this point.

It should be noted that there has been one confirmed case of the virus in Orange County, according to health officials.

Disney Cruise Line might suffer the most… and right before they launch their new ships.

There’s been a lot of talk about Coronavirus infecting Asian cruise ship passengers, and the cruise industry has already taken a beating in the stock market because of it.

Uncertainty over the extent of the outbreak caused stocks of the largest cruise line companies to plummet over the past week. But the fear thus far seems to be psychological: While travel advisers have noticed fewer last-minute bookings for the normally popular time that extends from January through March, they said they weren’t seeing many cancellations yet.

“The cruise industry will take a hit. We just don’t know how big it will be yet,” said John Thomas, a professor at Florida International University who teaches cruise line management.

Now, the infections so far are limited to Asia. And there have been no reported cases in Central Florida or the Bahamas.

In fact, the Bahamas has put a ban on entry from China.

Cruise Lines International Association (CLIA) has issued a statement on COVID-19, stating that at least for now, most cruises are safe.

But again, the psychology of hearing “cruise” and “Coronavirus” repeatedly on the news will undoubtedly have an impact on bookings — regardless of the cruise line or the destination.

Disney will likely not be immune from the downturn in cruise bookings.

Behind the scenes, Disney and Universal are worried. Disney stock has already dropped 18% this week.

Despite all the public reassurances, there really is no way to know how far spread the Coronavirus will be.

What Disney and Universal doesn’t want the public to do is panic, of course, because theme parks are a huge part of their revenue stream and Disney stock has already been dropping due in part to the unexpected leadership change.

There does seem to be a sense of panic and urgency behind the scenes, however.

Guest Relations at Walt Disney World is treating the situation similarly to how the resort operates ahead of hurricanes, telling guests who are concerned that the company is monitoring the situation closely while offering guests, on a case by case situation, the ability to reschedule their vacations.

Leadership within Disney is reportedly meeting daily and are in regular communication with other industry leaders regarding their response. As with other security concerns, any response by the parks will likely be in unison with all Orlando parks responding in a similar fashion at the same time.

One industry analyst who works at a firm with multiple hospitality holdings spoke to Orlando Weekly, explaining, “Everyone is watching it. Everyone is scared to be the first to say, ‘F*ck, this is bad.’ But once someone says it, expect a lot more to join them.”

Experts are comparing the potential financial impact on the tourism industry to be comparable to 2001 (9/11) and 2009 (The Great Recession.)

In Orlando, they’re telling businesses on I-Drive to focus more on locals than tourists to weather the oncoming storm.

Should you risk going to Disney Parks or Disney Cruise Line because of Coronavirus?

According to Kam, there is a lot of talk on Disney forums about whether or not you should plan a trip to Walt Disney World, Disneyland or travel on Disney Cruise Line right now.

Unfortunately, a lot of the people raising concerns are mocked. While it’s true that there might not be a lot to worry about right now, that might not make everyone feel better about travel.

Ultimately it’s a personal decision. If you’re going to spend your entire trip worried about getting sick, then it’s not really much of a vacation anyway.

A lot of people won’t be deterred, however. But this will absolutely impact travel and tourism this year. How bad the damage is remains to be seen. 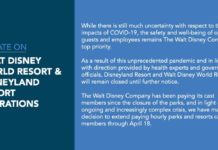 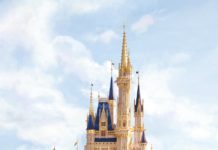 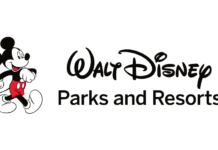