Did you find it at all odd that as soon as Black Lives Matter protests started up in 2020, the Walt Disney Company very quickly was able to make an announcement that they would be redoing two Splash Mountain attractions on both US resorts? Do you find it odd that when Me Too protests started up, Disney quickly announced that they had plans to change a previously inoffensive scene in Pirates of the Caribbean? And do you find it odd that just hours after Star Wars stepped in it big time with some racial faux pas in social media land, Disney announced that they had plans to combat racism through changes to Jungle Cruise (not to mention by striking movies like Dumbo from children’s Disney+ accounts)?

Maybe you do now. It seems Disney has a pattern.

Meet Carmen Smith. Carmen is the Vice President of of Creative Development at Walt Disney Imagineering. She formerly worked as the Vice President of Global Strategies for Diversity and Inclusion at WDI, and before that she worked for ABC where she worked on talent development, often with programs that heavily emphasized diversity. She’s also notable for having spoken at a United Nations conference on women in Beijing, China.

Now, you might think we’re going to be negative about Carmen Smith in this article, but I don’t think that’s the case at all. You see, in addition to all the work Mrs. Smith has done for Disney, she additionally works on several charities, including working on behalf of women who have been or are victims of domestic abuse. She has – or is – serving on the board of an organization that works to improve the high school graduation rates in certain areas of the country. Mrs. Smith has received many awards, including accolades so grandiose as having received an honorary doctorate. By all measures, she is an accomplished woman, and I hope her charitable giving of time and money is inspiration to you for finding ways to give of yourself as well.

Now all that said, what we’re hearing is that Carmen Smith is also the woman chiefly behind the changes to Disney Parks attractions centered around diversity and inclusion issues. For example, we believe that Mrs. Smith is one of the chief architects of the Splash Mountain changes. She’s also apparently the lead on the new Jazz exhibit in Epcot.

Mrs. Smith is the Imagineer blogging about The Jungle Cruise changes.

It does appear that she is the mouthpiece for just about every change that is supposedly going to happen in the American Disney Parks. And this is odd. In thinking about any Imagineer of the past, we can’t think of a single one who was behind so many simultaneous projects at all at once. The only projects she doesn’t seem to be working on are the multitude of attractions and infrastructure that are incomplete and vacated. While Disney continues to seemingly pump money into changing classics for the sake of diversity and inclusion, they literally have more than a billion dollars of ongoing work that is being halted. Tron, Cosmic Rewind, Epcot’s Future World… it’s a rather big mess.

You may have also heard of the former Disney employee who got into a load of hot water because he was discouraging specific races of people from applying for jobs. Reportedly he was suspended from his job at Disney for weeks and investigated heavily – and we suspect because Disney didn’t want to face the EEOC. You’d think that this was a rogue employee who didn’t tow the company line, and we understand why you’d think that.

But it so happens that this employee might not have been so rogue.

You see, what we are simultaneously hearing and trying to investigate is something called the Ideation Summit for WDI. If you’ve worked for Disney before, you may have heard of the Disney Institute Summits. But less known is this Ideation Summit… although it started in 2013, and apparently it has been provided to thousands of Disney employees, featured hundreds of guest speakers, etc. It wasn’t a small deal, and it was spearheaded by Mrs. Carmen Smith. And the root of this D&I initiative is the message that without the type of diversity and inclusion that Disney execs propose, you can’t be as creative as you need to be to keep the company moving forward. So if Disney is pushing this concept hard, it’s easy to see why an employee might believe that diversity is, indeed, more supreme than merit. It’s also easy to see why Walt Disney Imagineering suddenly changed a large degree of their focus a few years ago. Unfortunately, there are literally no videos, no information that we can find from a series of summits that featured hundreds of speakers and thousands of employees. Bizarre.

Walt Disney Imagineering has an Ideation Summit where leaders from around the world come in & help explore cultural diversity. #CokeSummit14

So, all that said, we think that the attractions being changed in spite of Disney’s cash crunch are, in fact, part of a D&I initiative, and perhaps related to Ideation. We think that Mrs. Smith is apparently in charge of this move, and it seems that Bob Iger is directly involved (we can’t corroborate that yet). What we’re hearing, and working to confirm, is that there are more attractions planned to receive changes – things like the Tiki Room, Country Bears, etc. We can just about guarantee that Peter Pan’s Flight is going to change. We’ll let you know when we know for sure.

Simultaneous to this “Diversity Ideation” concept they’re emphasizing now in the domestic parks, they’re going to the opposite direction with China. We do not believe there are any attempts to diversify the Chinese parks or the Chinese offerings of Disney with more displays of ethnic and religious minorities. There’s actually a crazy rumor in that regard that I hope to cover in the coming days. But this is a two-pronged approach by Disney: go very far in one direction in the US while going the other direction in China.

So if you’d like to see those classic attractions as they have been, we highly recommend that you make that trip soon. Because Disney is convinced they need to get rid of Br’er Rabbit and all the other things they’ve deemed too controversial for one reason or another. So, Trader Sam, if you think you’ll survive while authentic African American slave folklore is erased from Splash Mountain, think again. 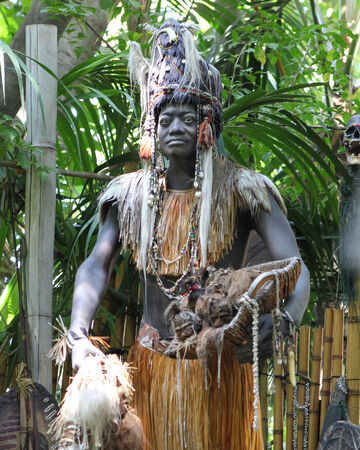 Let us know what you think in the comments below. Why do you think Disney is spending big money on these classic attractions while E-Ticket mega-rides are sitting half-built?


Pirates & Princesses (PNP) is an independent, opinionated fan-powered blog that objectively covers Disney and Universal Theme Parks, Themed Entertainment and related Pop Culture from a consumer's point of view. Opinions expressed by our contributors do not necessarily reflect the views of PNP, its editors, affiliates, sponsors or advertisers. PNP is an unofficial news source and has no connection to The Walt Disney Company, NBCUniversal or any other company that we may cover.

The Vast Majority of Disney’s Blizzard Beach is Mask Free

I broke down and bought some EPCOT Flower and Gard

Here's a quick look at my office/ Studio. I thoug

Happy Lunar New Year! I dressed up Mickey and Min

I ordered a copy of the new Disney's "It's A Small

I just completed my 1/2 Marathon for the @rundisne

It was chilly in the Magic Kingdom the other day.

I guess it's kind of fitting that you pass through

Universal Orlando Announces Dates for Halloween Horror Nights 2021 AND A...

Daisy Ridley Apparently Had No Knowledge of Rey Being A Palpatine...